An alternative to Chablis Sir?

There was a time when restaurants around Ireland chimed with requests for well-known representatives from the classic regions. A particular diner feeling safe with the supple red fruit and lightly spiced style of the last wine he imbibed might well request a Fleurie in an attempt to stay safely within the realms of his tastes on a complicated wine list. Sancerre and Chablis have long been favourites for the whites; perhaps perceived as being indicative of a more  assured wine drinker, someone with a little more ‘je ne sais quoi’. Some younger readers may scratch their heads, confused by this assumption of ‘classic dominance’. Let’s point out that this was PRE recession. Pre the necessary introduction of cheaper alternatives from places like Bulgaria. Pre the hard hitting supermarket ‘small producer destroying’ price war.

The amphitheatre of Grand Crus in Chablis

Why, you may ask am I writing about shortages in Chablis if demand has been all but eradicated in favour of Picpoul and Albarino out of glasses with no stems accompanied by petite bowls of tapas and sprouts. Because… Chablis is a small region sitting on just over 5,284 hectares in north east France (France has 786,000 ha in production). With an average production of 310,000 hectolitres. As the world was estimated to have consumed around 240 million hectolitres of wine in 2015 (OIV), this amount is hardly enough to satisfy a fine wine loving fly in the grand scheme of things. And for those of you who have customers actively seeking out the mineral led depth and intrigue of a decent Chablis you’ll be alarmed to hear that there is in fact currently a SHORTAGE of this unoaked Chardonnay based wonder. 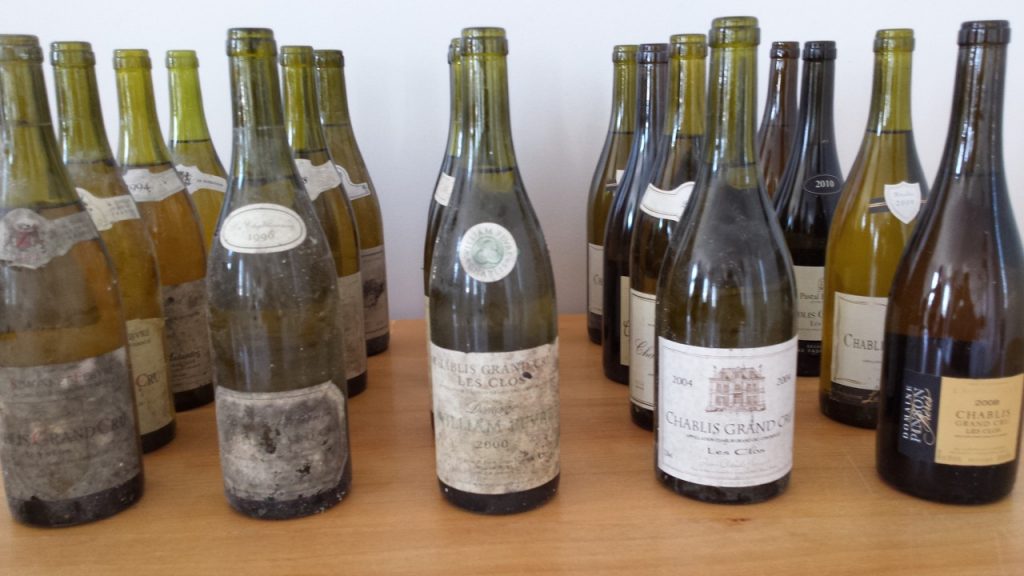 What Chablis you have will keep….

Why a shortage? Is everyone drinking Chablis? Have we all been paid bonus’ of late? NO – it’s all back to that looming grey cloud Climate Change. Increases in random weather hazards such as late frost and hail have become more than problematic for these smaller regions. (I covered the ins and outs involved and the effects encountered in a blog post which can be read here.) 2016 as a vintage started badly with a late frost in April killing off the majority of the primary buds from the fragile vines. Buds are the start of everything; they give life to inflorescence, flowers and fruit, they are the beginnings of wine. Lose buds, lose fruit and look at shortage. 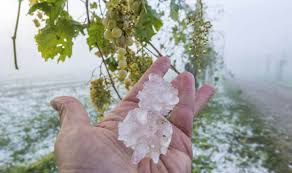 Hail at a critical time for berries in Chablis

On our trip to Burgundy in November we were met by the same message at each Domaine: ‘2016 will be miniscule’. The BIVB Chablis has confirmed that overall volumes for 2016 will be down 50% for the region. This will obviously lead to massive over demand and an inevitable increase in prices (the producers have the eat). But don’t cry into your glass just yet. While shortages are prominent now is the chance to help your customers explore new areas, try new styles and expand their wine knowledge through your insight and suggestions. Here are some wines from both the new and old world that go some way towards offering the mineral led depth and that sanguine perseverance on the palate that Chablis lovers embrace.

Before I begin with the opening of doors, it may be an idea to stock up on 2015 Chablis from our recent offer (here – Burgundy Offer Vintage 2014 and 2015) in case these adventures down different avenues fail to hit the spot. 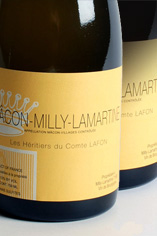 Not just another Macon…

So un-oaked Chardonnay with lees contact and influence from minerals… how about the slightly riper but equally contemplative wines from Dominique Lafon’s venture in the Maçonnais.. The Maçon-Milly-Lamartine occupies the same price point on a list as Chablis and once tasted is certainly not dismissed!

Understated in every way. The Kidnapper’s Chardonnay

Keeping on the Chardonnay theme but moving south of the equator there are a couple of really decent options. Craggy Range in New Zealand have long been know for their pursuit of old world subtleties in the wines and the lees aged, textural Kidnapper’s Chardonnay is more than a nod towards to more savoury Chablis styles. I mean there’s mention of chalk in their tasting note… how much further do you need to look! 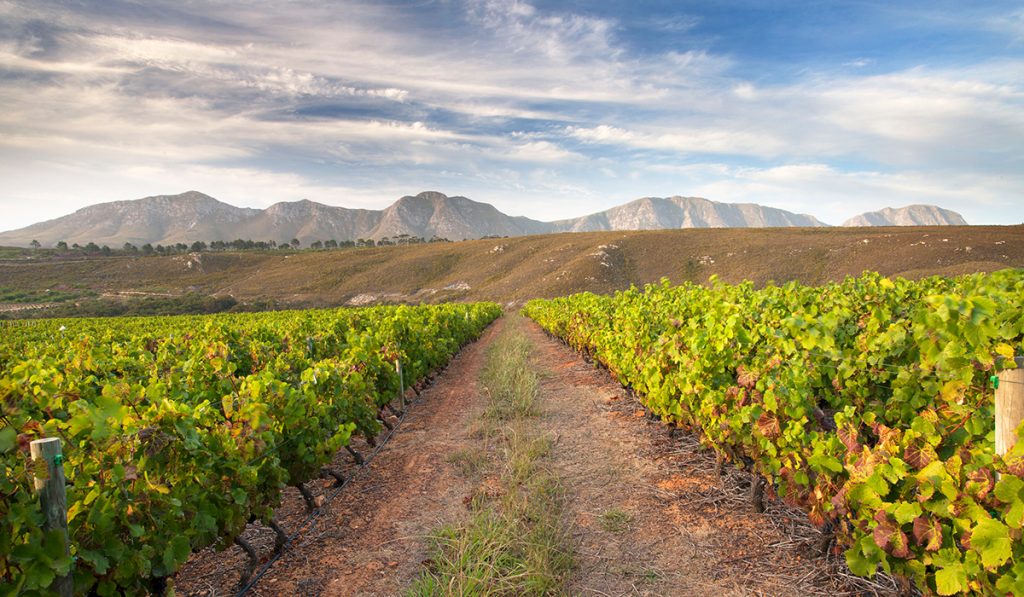 Extreme beauty at the Bouchard Finlayson Estate in South Africa

South Africa renowned for its ability to retain old world charm and fresh acid despite higher alcohol and fruit ripeness levels. New to our list the Bouchard Finlayson wines offer a selection of fantastic Chardonnays. But if you’re looking for a tight, concentrated exciting example it’s worth seeking out the Missionvale Chardonnay from the cooler extremities of Walker Bay. Ok so it’s slightly more than your average Chablis AOC, but concentration and depth are more in line with the better Premier Cru sites suggesting that it’s actually excellent value! *Do note however that there is some careful use of French oak on the wine, so it may not be as saline as the Chablis purist would expect.

Off piste but interesting alternatives from other varieties include the following wines, both saline, textural and fresh with mineral led properties:

The intensely mineral Holgraben Alte Reben Grüner Veltliner from Michael Malat in Austria is extraordinary in its depth, despite a price reflecting this concentration it would certainly be a welcome suggestion for the more explorative customer.

The extremities of Greco vineyards in Campania

Southern Italy is not somewhere you would expect leaner, mineral led whites to hail from BUT Greco is an indigenous variety grown on sparse slopes with a coastal influence that truly reflects the stoney ground from where it comes. Perhaps showing more preserved lemon and ripeness than a Chablis this is a wine that welcomes adventurous food matches and new admirers with open arms. If you’re looking for an alternative to Chablis at a more accessible price point try our Janare Cru Pietralata Sannio Greco from La Guardiense.

So despite the anticipated shortage of Chablis being problematic for producers from the region, it doesn’t have to be a problem for the trade. Look at it as an opportunity to excel in customer service with knowledgable alternatives backed up by research and understanding. Give your customers a glimpse of another corner of the wine world and an idea of the excitement of exploration. 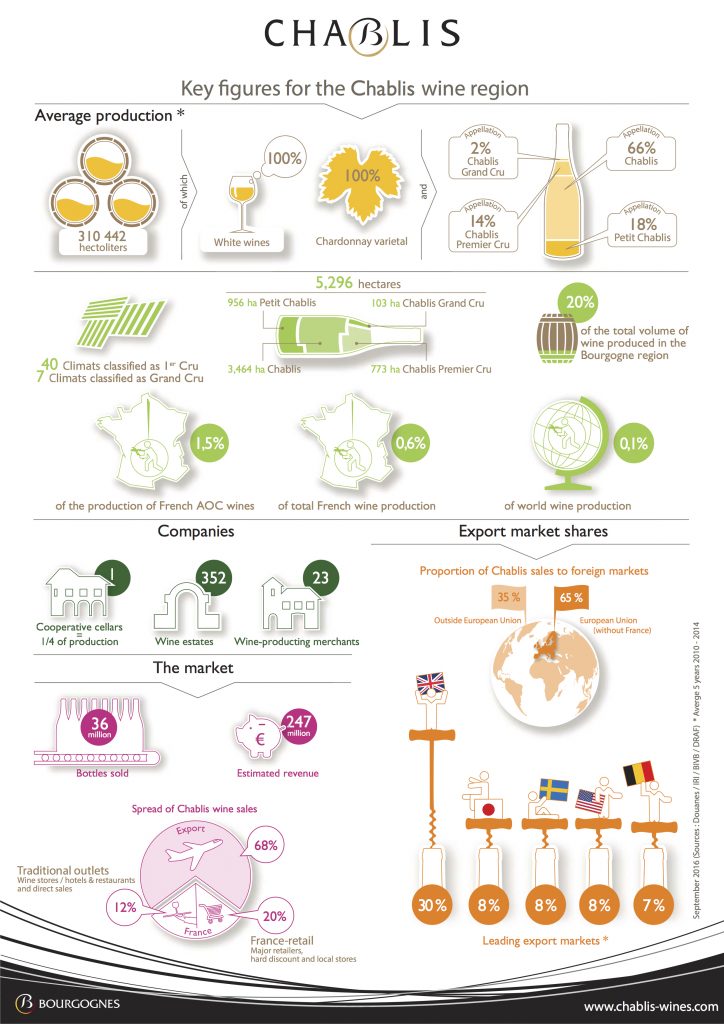