Have you ever been to the Douro Valley? Have you tasted Dow’s Port?

A prerequisite demanded of most of those in the wine trade is the ability to travel lots. How else could you gain a connection with the producer whose wines are on your list and ensure that his practises are in line with what you expect. I get to visit some beautiful places on my various wine related expeditions, most people do, but the Douro however has to be THE most beautiful wine region I’ve ever been too. Perhaps beautiful is the wrong word, as there are many regions such as Tuscany and the Mosel Valley that would be slightly perturbed that they have not gained this title. Breathtaking covers it well. The absolute isolation of the Douro Superiore with spectacular terraces lining the River along its route contribute greatly to the feeling of wonder you experience in the area. 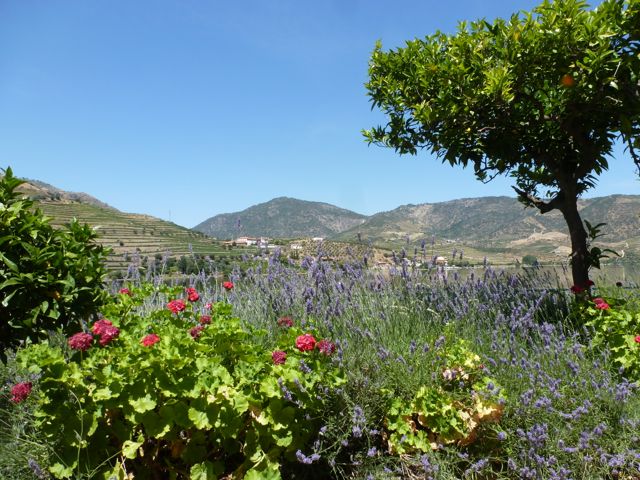 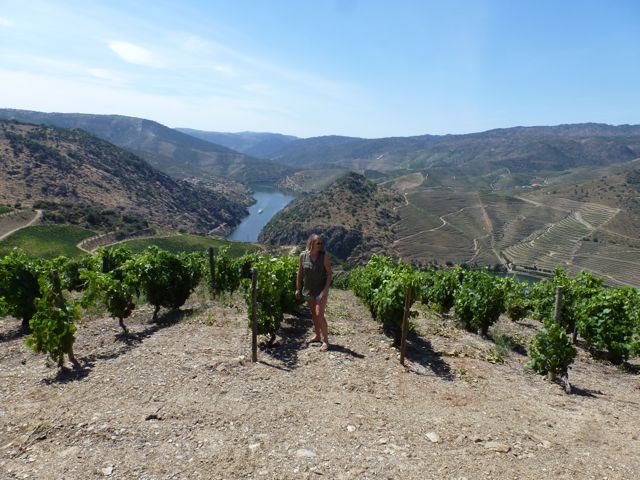 We visited in June, a small group of professionals from the Irish trade, hosted by the Symington family in their Dow’s properties. It was more ‘experience’ than ‘educational’, or perhaps that was just me and my nerdy tendencies (having sat my MW exams just ten days before).  It did come to me however that there really is very little activity in the Douro Valley outside harvest time. The tending of the vines, some rebuilding of the terrace walls in the vineyards and a smart looking renovation of the visitor centre at Quinta do Bomfim was all the work witnessed. Traditionally all the freshly fortified wines stayed only till the Spring following vintage in the Douro, being transported up the river on Barcos Rabelos to be aged by the Atlantic in the cooler warehouses of Vila Nova de Gaia. Nowadays it’s slightly less romantic, with transportation by trucks and some Port houses building air conditioned warehouses within the central Douro to age the wines in situ. 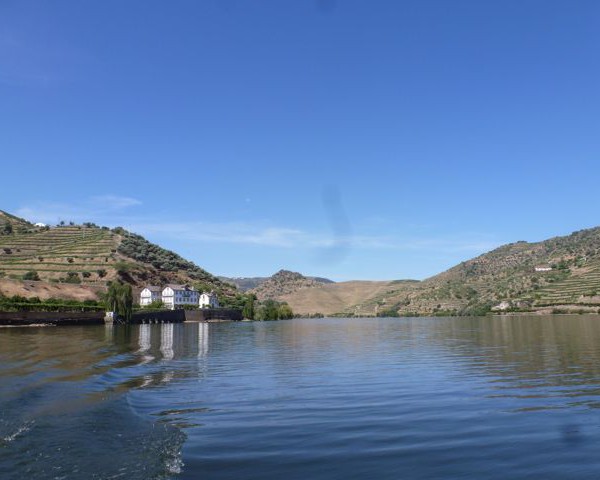 Leaving Vesuvio in our wake

If you have often considered visiting a wine region, I can not recommend the Douro highly enough. It is peaceful, packed full of tradition and the sun shines a lot! Perhaps our lunch at Quinta do Vesuvio was where the Douro stole my heart. We took the train from Pinhao to Vesuvio one morning after a particularly delicious breakfast of grapefruit and scrambled eggs, laid beautifully with linen and tea cups! The journey follows the curve of the River and brings you back in time, the bigger Quintas have their own stops, we disembarked at Quinta do Vesuvio’s station. The gardens were manicured and smelt of oranges and lavender, the river lay motionless reflecting the vineyards. Amazing! 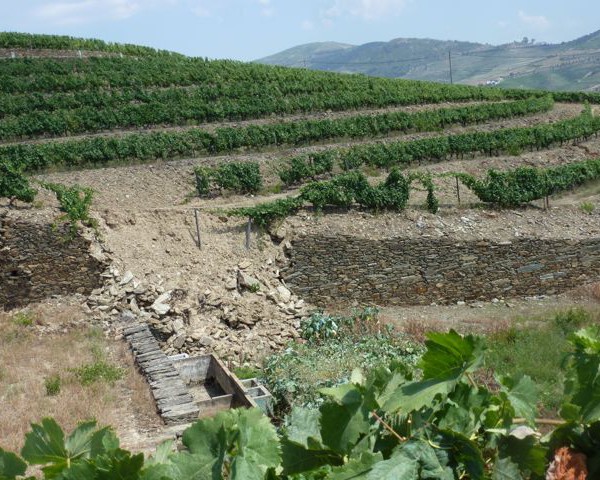 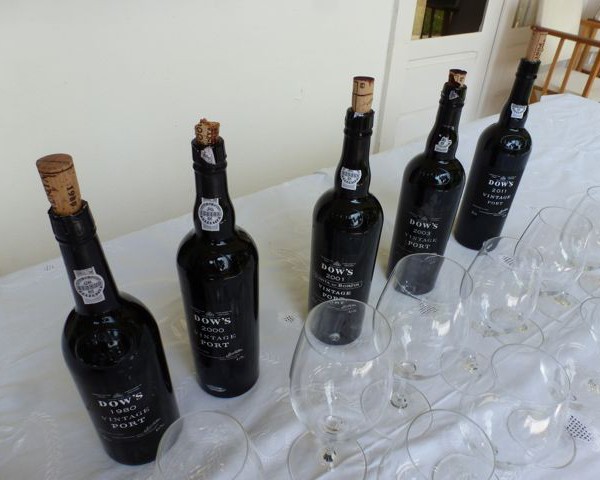 Throughout our visit we tasted a variety of vintages from Dow’s and Quinta do Vesuvio as well as Bomfim. I could list tasting notes for each, but suffice to say, we should not forget about Port. The diversity of styles from white port (perfect with tonic in the evening), to reserve styles, aged vintages and oxidised tawny ports leave something for everyone. The capacity to age, complexity gained from this and the understated balanced tones of these wines is impressive. We tried the hallowed 2011s which are packed full of fruit and far too young to drink, but full of promise. 1994 is drinking very well, but still tastes so young, very impressive. Isabel our long suffering and fantastic hostess managed to find a bottle of 1980 – it could be the only decent wine I’ve ever tried from my year of birth! I remember at the fortified tasting held by the Institute of Masters of Wine last Autumn, two MWs discussing the merits of aged Tawny port against bottle aged vintage styles, the argument was balanced for both sides. I think this trip highlighted the capability of excellence of some of the older tawnies. The 40 year old tawny we tried straight from barrel at Quinta Vesuvio was out of this world!

I suppose that the aim of this piece is to encourage those reading to go back and revisit the port shelf. My father in law has a rather large port collection which we’re lucky to have access to when we visit, he’s built it over years and with that the attachment to the wines has grown stronger. I’ve taken the leap and ordered some of the 2011’s. I do wonder if with modern life and all the stresses associated with it whether buying wines like port, designed to age for decades is not instant enough and hence has not helped see an increase in the popularity of these wines this century. We will get old though and hopefully we’ll still have sense enough to look for a decent glass of something. So think ahead, think about what you’ll be doing when you’ve retired, put the sensible thoughts of life insurance and pensions to one side, look only at what’s important: “What am I going to want to drink when life slows down a little?!”